The Few who did it

This web site, in all of its aspects, like photographs, plant identification, page design, HTML generation, database design and management, data entry, Visual Basic programming, etc., was created by the personal effort of Michail Belov. 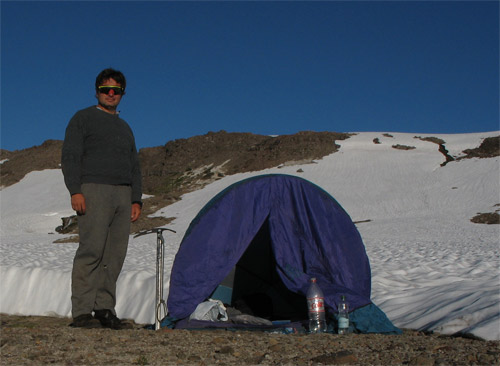 Michail Belov is an Austrian of Russian origin; after roaming around the globe for many years, which included a prolonged stay in South Korea and other Asian countries, he settled in Chile in 1995. Despite having a Ph.D. in history of East Asian countries, having given lectures on East Asian Culture and World History at the University of Talca, managed and worked in his own translation agency with six languages, including Chinese and Korean, and running a bee-keeping venture with intensive queen and nucleus production, his heart is with the Chilean Andes in all of their aspects, and his interest for the Chilean plants stems exactly from the fact that these plants are yet another link between this unknown world of the mountains above and the human condition below.

He loves nature and landscape photography and won first prize of Turistel 2003.

Finally, we would like to mention profesor José SanMartin, from the University of Talca, who helped during the first stages of the web site creation, generously providing botanic literature from his private library. In addition he helped to identify some species and indicated some interesting locations where plants can be found. Also we would like to thank Steffen Hahn from Botanical Garden of the Univeristy of Talca.