The Secret Valley of Changos

The Sacred Valley of El Medano, Access from the Ocean

One of the places on the coast of the II Region famous for its plants is Paposo. However, there are several other spots much more interesting, although considerably less accessible then the hills around Paposo, and one of them is the El Medano valley. This valley begins its descent from the high hills at more than 2000 meters and drops abruptly down to the sea level in the course of only 8 km. At the lower altitudes, at around 450 meters there are very steep places which are virtually impossible to climb along the valley – one has either climb out of the valley (better to the south, although it will be still very difficult and tiring) or one can split the trip into two parts, one for the lower section, accessible from the coast, and the other the interior section, accessible from the interior. 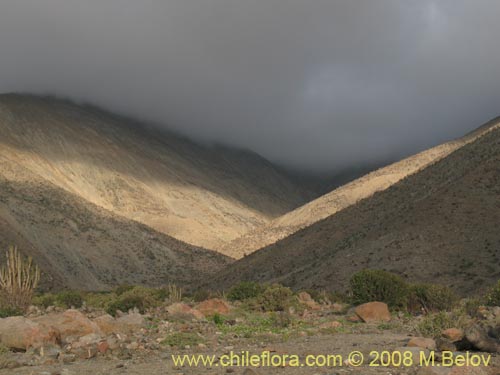 A typical transversal valley – one of several dozens to be found in the area, bathed in coastal fog at higher elevations (400 – 500 m.). The fog is the lifeline for the thirsty plants, giving them humidity almost every day

To access the valley from the coast, one has to drive about 20 km. straight line from Paposo to a point 24°50'36.81"S 70°32'11.67"O, and then look for a road to the right. Please note that on several web sites, and even in Turistel, a major Chilean guide, a distance of “90 km.” from Taltal is mentioned. I also had many doubts about the correct location of the valley and lost more than an hour figuring out – There are very sparse kilometer indications painted on the rocks, and the indication which appears close to the entrance to El Medano valley indeed is 90 km., but the road takes its origin not in the city of Taltal, as one might suppose, but from the Pan-American Highway. And from Pan-American Highway to Taltal there are 22 km., so that El Medano is located in 70 km. from Taltal, not 90! 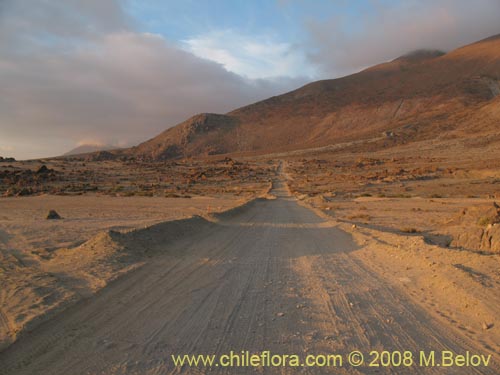 Coastal road from Taltal to Caleta del cobre is also the road which takes one to the lower reaches of the El Medano valley.

This lateral road probably should be driven only in 4-wheel drive vehicle which will take you for about 2 km. and to an altitude of 200 m. There you have to leave the car and continue up along the valley floor. 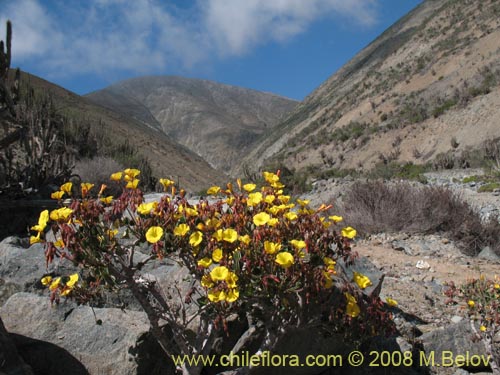 The floor of the valley is studded with interesting plants, here an Oxalis.

The trip is relatively short and easy – less than 1.5 km. with an altitude gain of about 300 meters and can be done in one hour if in hurry. There are several rare plants along the way. First, you will see the unavoidable big shrubs of Nicotiana solanifolia with its green, tubular flowers. After going for about 500 meters watch out for the first shrubs of Calceolaria paposana, an endemic, large shrub with yellow flowers. Now, if you really like rare plants and want to spend some time trying to find them, here is a tip: If you climb onto the sides of the valley (to your left, because they receive less sunlight), at an altitude of about 450 m. you can find, if you are very very lucky, Calceolaria rinconada. A specimen was found here in 1941. While doing so you are bound to stumble upon the endemic Tropaeolum beuthii which forms extensive populations on the slopes facing south. 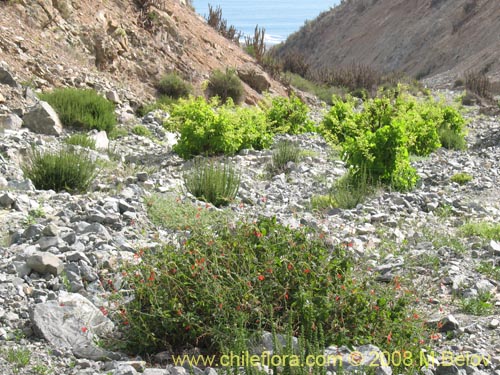 A little further up you will find Salvia tubiflora, a spectacular shrub with bright, big flowers. The fragility of this area can be gleaned form the fact that in the floor of the valley there are about five or six individuals only! 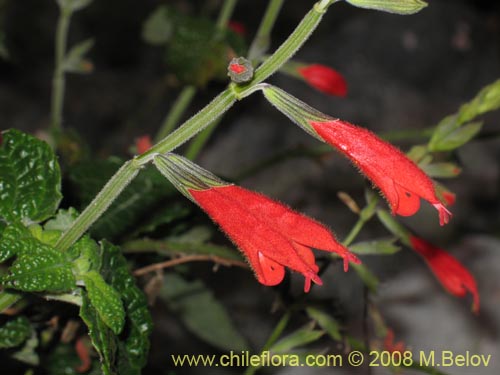 The flowers of Salvia tubiflora

Several species of Solanum can also be seen there, and a few exotic trees also manage to survive the dry conditions. The final third of the trip becomes much darker, and more humid – the rocky slopes close in, and the coastal fog increases its density and frequency. This provides ideal grounds for several species – watch out for the Tillandsia geissei and the small Peperomia doellii on the rock faces. There are about 3 species in continental Chile, and this one has a rather wide distribution range, from II Region to IV Region, but rather difficult to find, because it needs very special conditions for its growth. Finally, the valley comes to circus-like arena, with more species growing on the inaccessible slopes and with rock fall being a real danger. That is the end point of the trip at about 520 m. To see plants which live higher, you should take the trip from the top side of the valley. 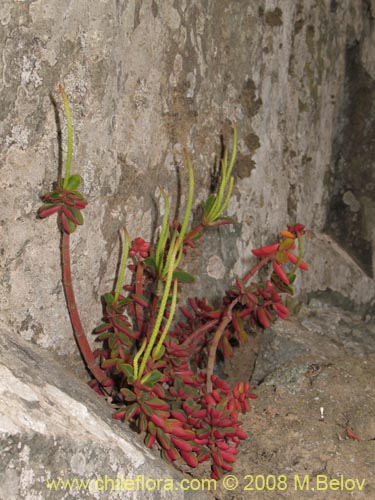